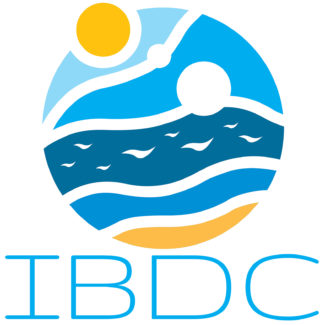 The Imperial Beach Democratic Club is a chartered club of the San Diego County Democratic Party.
We are committed to electing and supporting Democratic candidates and promoting the values of our Party - fighting for a fairer, brighter future for all!
Visit SDCDP

Outlining the next six month strategy.
For more information, contact us communications@imperialbeachdemocrats.com
Join/Renew

As politics on the SANDAG board have grown increasingly contentious in recent years, with conservative board members working against transit- and climate-oriented priorities, the same has happened with council decisions on who to send to the board. In the past, appointments were quiet affairs that typically resulted in mayors representing their cities.   However,  that has changed this year.

Earlier this year, the Republican majority on the Escondido City Council rejected Democratic former Mayor Paul McNamara’s attempt to appoint himself to the seat. The city went months without a representative.  The City of Vista couldn’t agree on who to appoint to SANDAG, so it didn’t appoint anyone.

National City’s Council appointed Councilwoman Luz Molina as the city’s representative on SANDAG. Mayor Ron Morrison, a conservative, nominated Councilwoman Ditas Yamane as the representative, but the Council rejected his appointees and chose Molina instead.  And the Imperial Beach City Council appointed Councilman Jack Fisher as the city’s rep on SANDAG despite a strong public desire for  Democratic Mayor Paloma Aguirre, who has more experience,  to be appointed.

Regional planning is too important to be politicized and we should all demand that our elected officials act in the best interests of the community by appointing qualified, experienced representatives to SANDAG.

Democrats have every right to celebrate the midterm election results, especially now that Democrats have added a 51st member of the Senate with the reelection of Senator Raphael Warnock.  And President Biden has enjoyed the strongest first-term midterm Congressional showing of any President in eighty-eight years.

But the real winner was our Democracy.  Far-right candidates endorsed by former President Trump lost races Republicans hoped to win, including four out of six swing-state Senate contests.   But we cannot become complacent.

The United States remains deeply divided.  The new Congress will include more than 170 senators and representatives who have denied or at least called into question the results of the 2020 election. That reality and Trump’s  intent to run again guarantees that the 2024 election will be contentious.

The best way to get involved is to register to vote. Allow your voice to be heard at the voting booth. Check your registration status, even if you are already registered. Read up on the laws regarding registration and party affiliation. And, get out the Vote!